Clive has very kindly entrusted me with the keys to the Artlog, not for a wild party but for the on-line open exhibition of alphabet-based art, which with his support and with participating artist Shellie Byatt,  I’m very honoured to curate.  I feel rather as though I’m stumbling about, trying to work the appliances without breaking anything!  (It will appear at the top of the posts that they are from Clive, but in fact they’ll be posted by Lucy.)

The call for submissions for this was back in June, and we really have received a marvellous and very varied response, which we shall  attempt to post every day here until next Monday, Christmas Eve.  So here goes.

To begin, two contrasting submissions,  first from mixed media and textile artist, Stephanie Redfern, who has made five pictures on a natural theme: Beach, Moon, Red Sky, Stone and Winter Storm.  These are painted and stitched textiles. 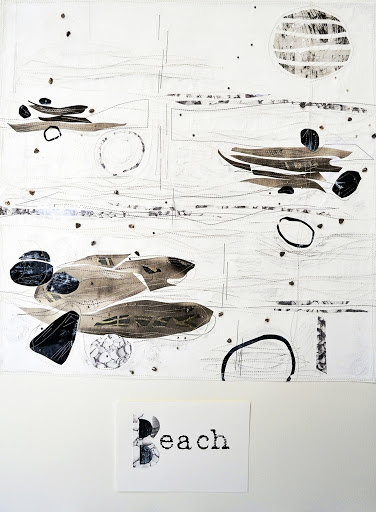 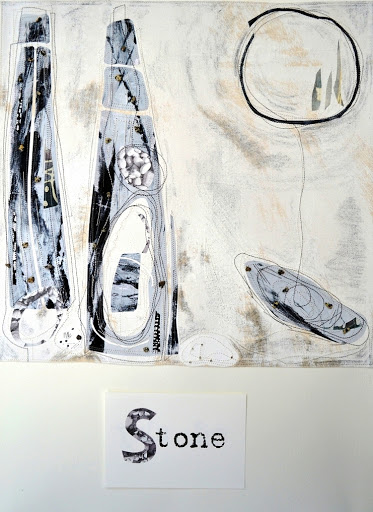 (we will be featuring submissions from Stephanie’s daughter Chloë later in the exhibition).

Philippa Robbins has been putting her alphabet primer together in book form.  She says:

We’re currently having building work on our house and the back wall of the kitchen is to be demolished. It has stood for 120 years. This alphabet primer details some of the events it has witnessed or objects it has shared the kitchen with over those years.

Here are the pages she has completed so far: 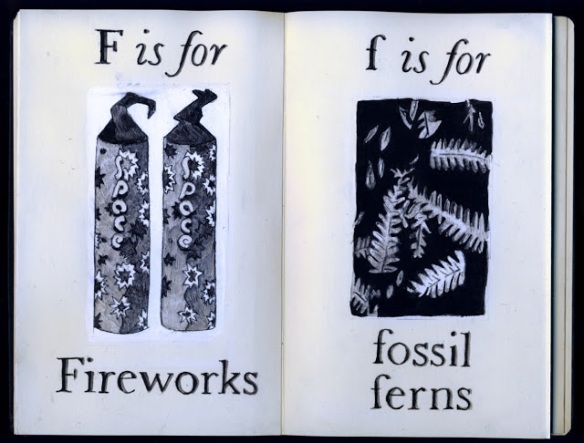 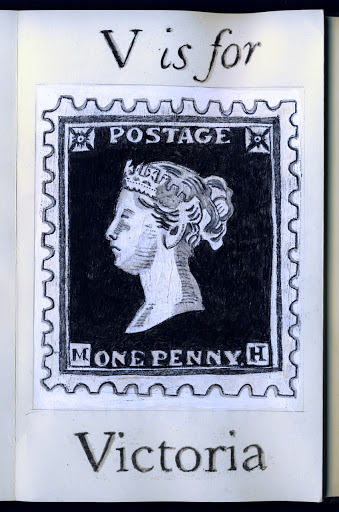 Philippa goes on to say:

If the primer is finished in time it would be nice to seal it in a cavity behind a new wall for the next 120 years.

Which seems a beguiling if rather drastic course of action, though at least there will be a record of it!

Many thanks to Stephanie and Philippa for their beautiful submissions, and congratulations for keeping so successfully to the black-and-white-and-one-optional-colour brief.

17 thoughts on “Alphabet Soup, the first course: Outdoors and In – Stephanie Redfern and Philippa Robbins”