When I began this project to make fourteen prints with Daniel Bugg of the Penfold Press on the theme of Sir Gawain and the Green Knight (translated by Simon Armitage, Faber and Faber, 2017), I first made a painting of each image that I could then use as a guide when making the stencils. Seven prints into the fourteen I made the decision to work directly onto stencils, which means ‘holding’ the ideas I have for the colours of a print in my head, rather than referring to a painted study.

Like those for The Three Hunts completed last month, the stencils for The Temptations have been produced in this way. Once I’d mixed the paints for the ‘colour key’ (see below) I made the stencils while imagining how the colours would look once the print was underway The stencils are not rendered in the colours of the finished print, but with a grey, red oxide and black palette allowing me to better see the planned image on the transparent layers of drafting film that Dan will later transfer to the printing screens.

Below: rough sketch for the print. 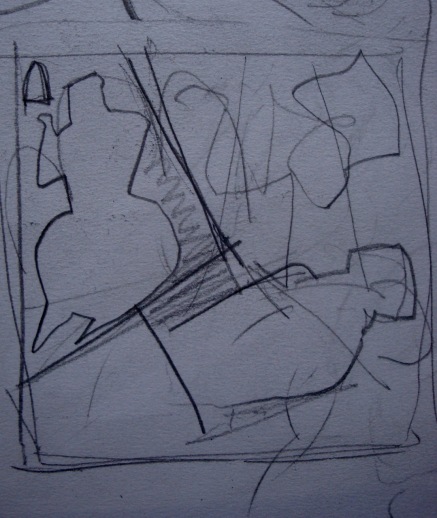 A more refined study for the Lady of Fair Castle. 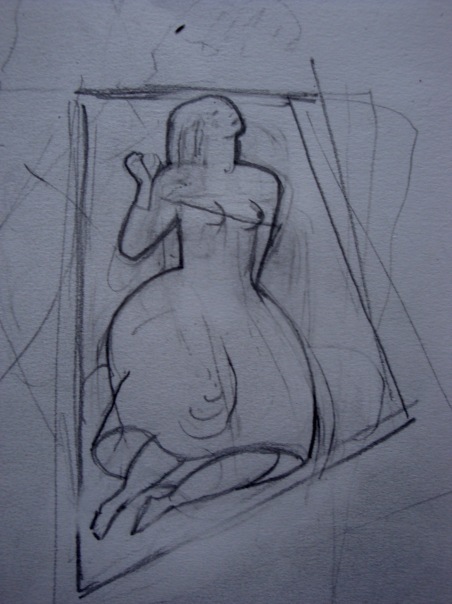 Gouache samples in the ‘colour key’ indicate to Daniel Bugg the six inks I want mixed for the print, plus black. Every colour requires a separate stencil. Sometimes several stencils of a colour are required so that the inks can be applied with varying tonal effects.

Here are images of the stencils as they progress. 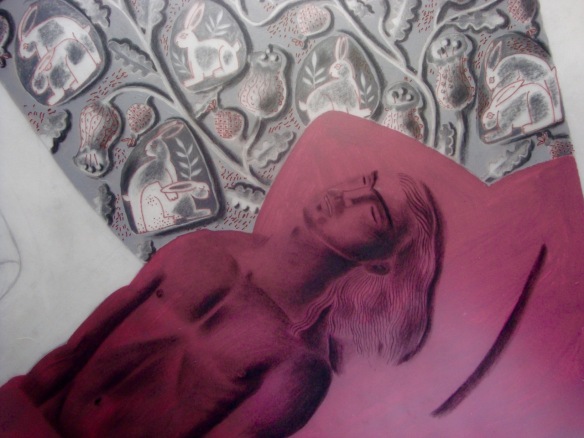 Although they have their own allure, the layers of stencils give an entirely deceptive impression of what the print will eventually look like. The more layers added, the hazier the image becomes, as though viewed through a mist. It’s quite a feat, remembering all the colours involved and trying to imagine what they’ll look like when printed over each other. I keep notes to hand, but the process is one that relies entirely on being able to work toward an idea that won’t be revealed until the printer begins to assemble the image from layers of inks mixed to match my colour samples. 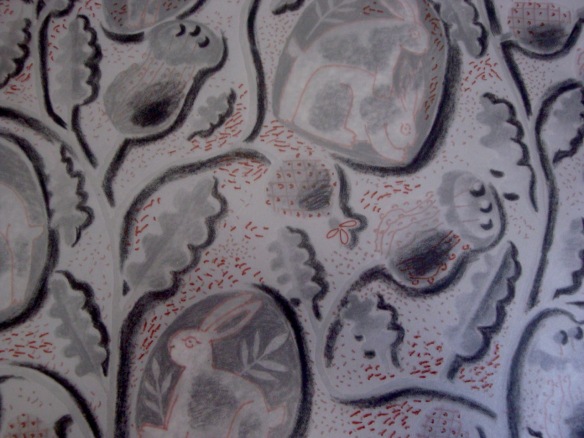 After Dan has transferred the images to the screens, the long slow task begins of mixing inks and proofing. Once all the proofs have been examined, tweaked and finally agreed upon, the editioning of the print can begin.

15 thoughts on “‘The Temptations’ stencils, from start to finish”