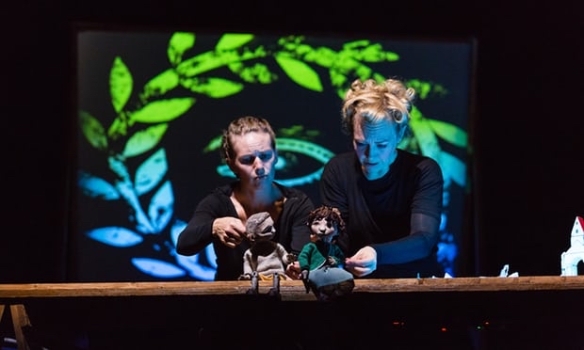 Above: Hansel & Gretel, with Diana Ford and Lizzie Wort. Puppet design by Clive Hicks-Jenkins, Photographed for The Guardian by Spencer McPherson/Still Moving Media

Hansel & Gretel premiered at the Cheltenham Music Festival to a packed auditorium in the beautiful theatre of the Parabola Arts Centre on Saturday. Rian Evans gave the production a 4-star review in The Guardian.

Music performed by the Goldfield Ensemble

Puppets made by Jan Zalud

Models and collages by Phil Cooper