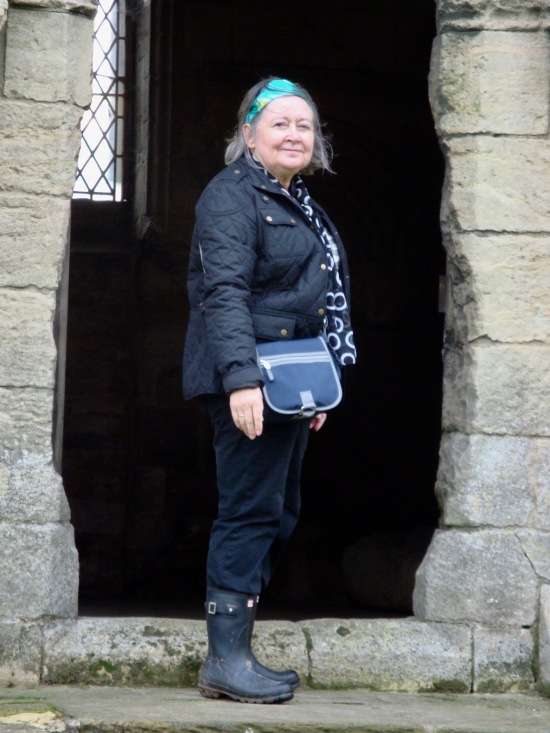 In 2018 we had to say goodbye to far too many friends. In December, Frances Mannsaker’s was the last death of a cruel year of losses, a distinction that I’m sure would not have been lost on her. Frances had invariably favoured Twelfth Nights for her celebration dinners with close friends, and so she would have wryly smiled to know that her funeral had to be deferred until after the Christmas/New Year holidays. As things turned out I was ill at the time set for the event, laid low with asthma. But her wonderful friend Debs suggested that were I to put down some thoughts about Frances,  she would then arrange for them to be read at the celebratory party afterwards. This she did, and moreover sent me a delightful snippet of film in which my words are spoken by twenty-year-old Daniel, the grandson of Frances’ sister Jill, who delivers them with a charm and eloquence that betters anything I could have delivered in person. I am so greatly obliged to him, and to Debs, for helping me to to share my thoughts about Frances. Here’s what I wrote:

“When first I met Frances, I didn’t put her down as someone I was going to love. Far from it. I thought her a deal too scary for anything much more than neighbourly cordiality. First impressions: small, compact, with sharp, dark eyes that saw everything and probably didn’t think much of most of it. Fiercely direct. This was a woman who might require one to shape up, an interrogator whose questions would demand replies. A sometimes seemingly furious ball of energy. Over the years we lived next door to each other in Cardiff, I grew familiar with the staccato tap of her heels through the walls of our adjoining houses: on her tiled kitchen floor, on the pavement outside, on the path down from her front door, along the garden wall, sharp right and up the path to ours. Frances was the only person during our decade in Cardiff who I recognised by the sound of her approach. Always fast, always with purpose. In those years I never once saw Frances saunter. She was like a heat-seeking missile with a sure trajectory. Wherever she was going, she meant business.

So no, not love, to begin with. Respect, of course. A sort of formal getting along, because we were neighbours, and we clearly wanted to be good ones. But slowly, unexpectedly, respectfulness gave way to something warmer. I began to see flashes of merriment that belied the professional carapace, and I grew to relish the moments when her gaze would swivel to mine over the lip of a wine glass as she looked to see whether I too had heard some pomposity across the dinner-table that she was about to skewer, and the glint and spark of an unspoken ‘Watch this!’ flashed to me before she turned back for the kill. I learned that when you knew her, she was wickedly funny. And once I’d got the fuller picture, I liked Frances a great deal. In 2001 at Newport Museum and Art Gallery, at the private-view of my first one-man exhibition, I stood like a rabbit in the headlamps listening to the playwright Julian Mitchell giving his opening speech, not hearing a thing because of the blood thundering in my ears and the chattering of my teeth. I was rigid as a lamppost, hands clasped behind my back because I needed to still my trembling. Suddenly a warm hand slipped into mine, a confederate shoulder leaned conspiratorially against me, and Frances was there, smiling reassurance and staring hard into my eyes, as only she did, to signal that everything was just fine. And it was. The next day I saw her hand was bruised where I’d held it so hard, and she hadn’t even flinched.

After Frances left Cardiff for her new post of Pro Vice Chancellor at the University of Lincoln, we remained in touch. And when Peter and I left Cardiff and moved to Aberystwyth, the friendship between the three of us continued steady. We visited her at her new home, and she reciprocated. After her son Edward’s early death, we often got together for Easter, Christmas or New Year. We spent time together, catching up over meals and walks, enjoying each other’s stories and adventures. She recounted news of her grandson Seth and his mother Clare. Catch-up with Frances was always a treat. Sometimes we would invite her to stay, and occasionally she would invite herself. She came to my exhibitions, and she collected my work. The woman who I’d first thought of as a neighbour I had better get along with, had become a woman I loved. And with the loving, and the geographical distance, came the missing. When I missed her too much, I’d phone her, or write a long e-mail, and she did likewise. And if too long had passed, she or I would enquire gently if the other were well, and that is the way I discovered last year, that Frances was not.

But before that, before the time when the lesion on her brain began to make words fall away – though her mind continued sharp – I had an e-mail from her that I treasure. Our dog, Jack, had died. Anyone who knew Frances will know she was not a dog person. However, she suspended her prejudices for Jack, who won her over by being a most courteous chap in her company. She had rather unexpectedly invited us to bring him along when we stayed with her for the first time, and thereafter the invitations to him continued. When Frances heard the news of Jack’s death, she wrote to me:
“I am so sorry to say goodbye to the gentlest, politest and most gentlemanly of all dogs.  You must be cut to the quick entirely, and not quite able to believe it yet.”
We spoke, as we had many times before, of death and missing. I explained that I felt clumsy, fretting over the loss of a dog to Frances, who had lost a son. She swiftly replied that grief is grief and there can be no degrees or categories of it. For Frances, who knew the depths of loss, there was no difference between her grief and mine. That was so like her, my unexpected friend who crept up on me and then remained to constantly delight, surprise and illuminate. Quickfire, bracing, sharp as needles and intellectually rigorous, yet entirely un-judgemental and warmly inclusive. I always think that friendship should be less about what makes us similar, than an appreciation of our differences. Frances and I were unalike in so many ways, and yet we had an almost secret relish of each other’s characters, both the admirable parts and the flaws. We were beloved friends, battle-worn soldiers and mischievous allies. Since I first met her she has been a vibrant presence in my life, and despite the fact that she has gone, for as long as I am granted a memory, I don’t plan on letting that change. Not one bit.”
Clive Hicks-Jenkins
January 2019