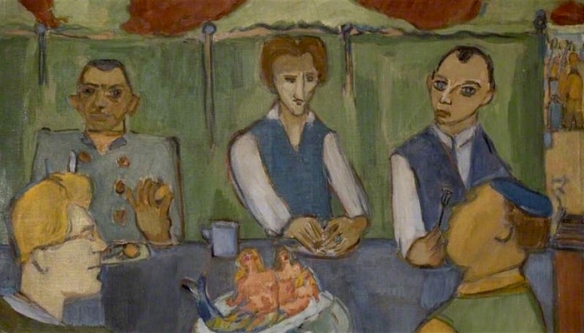 The migration of creative individuals and groups has always been a source of innovation and cultural cross-fertilisation. The exhibition Refuge and Renewal curated by Dr Peter Wakelin, explores the work and stories artists who have found refuge in Britain during the past hundred and fifty years, escaping dispossession, torture, intellectual oppression or war. Their arrival frequently enriched art in Britain.

Following the isolation of most émigrés in the First World War, artists who escaped Nazism in the 1930s became part of art communities in places as far apart as Hampstead, Glasgow, Merthyr Tydfil, the Swansea valley and St Ives. Gabo and Mondrian influenced Nicholson, Hepworth and Lanyon, while younger artists were inspired by the radical ideas of Kurt Schwitters and John Heartfield and by the Expressionists Bloch, Herman, Kokoschka and Koppel. Lotte Reiniger brought innovations in animation and Bill Brandt and Felix H. Man showed the potential of documentary photography. Refugees have come since from China, Eastern Europe, Latin America, Africa and the Middle East.

The experiences of artist refugees have followed many patterns. Some stayed a short time and moved on, some made their lives in Britain, teaching, exhibiting and inspiring. In the 1940s, refugees contributed to the war effort and the defeat of fascism. The stories of later refugees’ contributions to British art are still unfolding.

About the curator:  Peter Wakelin is a writer and curator. He was formerly director of collections at the National Museum of Wales. He has contributed to Art Review, The Burlington Magazine, The Guardian and Modern Painters. His exhibitions have included Romanticism in the Welsh Landscape at MOMA Machynlleth, Four Painters in Raymond Williams’ Border Country at the National Eisteddfod of Wales and the 80th anniversary retrospective of the Contemporary Art Society for Wales. He lives near Aberystwyth.

Refuge and Renewal is a part of the 2019 Insiders/Outsiders nationwide arts festival celebrating refugees from Nazi Europe and their contribution to British culture. 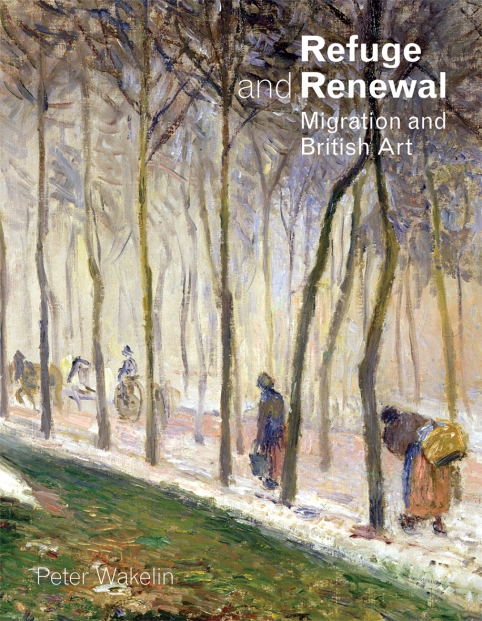 A substantial book by Peter Wakelin, published by Sansom & Co. accompanies the exhibition and is available from the galley, by order from bookshops or direct from the publisher.

3 thoughts on “Refuge and Renewal: Migration and British Art”