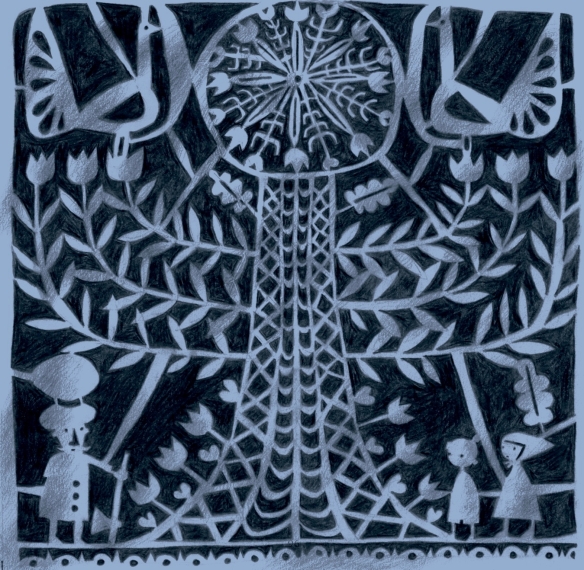 The results of the V&A Illustration Awards have been announced, and I’m happy to share here that I’ve won the 2020 V&A Book Illustration Award for Hansel & Gretel: A Nightmare in Eight Scenes by the poet laureate, Simon Armitage, published by Design for Today (Joe Pearson) with book design by Laurence Beck.
It’s a wonderful outcome for a project that started back in 2017 when Simon wrote a reinvention of the fairy tale as the text/libretto for a music theatre production commissioned by the Goldfield Ensemble that I directed.

Set in a war zone, the story took a completely different tone to the original by the Grimm Brothers when Simon changed the impetus for Hansel and Gretel’s journey from that of abandonment by feckless parents, to an agonised decision by a loving father and mother to send their children away from the bombings. Even before the premiere at the 2018 Cheltenham Music Festival I’d begun work preparing images for the illustrated edition of the poem, which was published in 2019. The beautiful book that resulted from the collaboration with Simon, Joe and Laurence was ample reward for the hard work, but the V&A award is the cherry on the cake.

Copies of the book may be purchased from Design for Today,
here
…