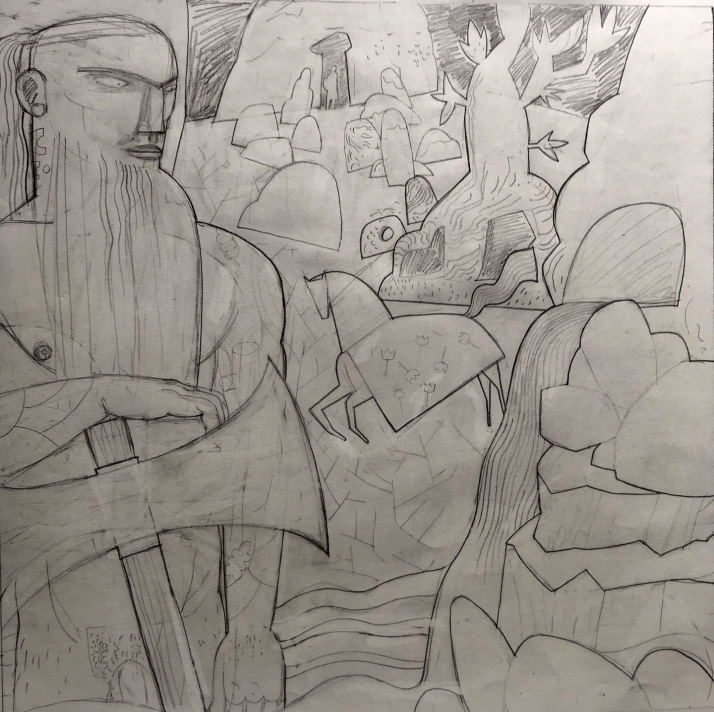 Stencils are made on transparent film, one per eventual colour in the print, and so some impression of the image may be had as the layers build, though of course the colour is missing. The drawing lying underneath the stencils is the template of the image throughout the process. 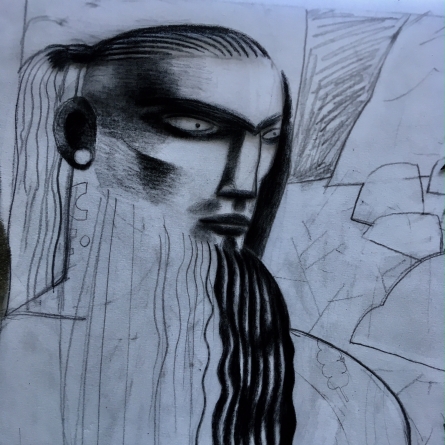 The sample colours at the side of the stencils, indicate to the printer the colours required at the printing stage. This print will consist of five colours.

As the density of the render increases with each stencil, I occasionally have to remove layers to better see what’s going on. The crayons, pencils, inks and paints used are not transparent, and so each new layer begins to obscure what lies underneath. The printing inks by contrast are largely transparent, allowing the many layers to show in the finished print.

Using an improvised etching needle to break up the heavy lithography crayon with sgraffito and create what will eventually be a more tonal layer of ink. 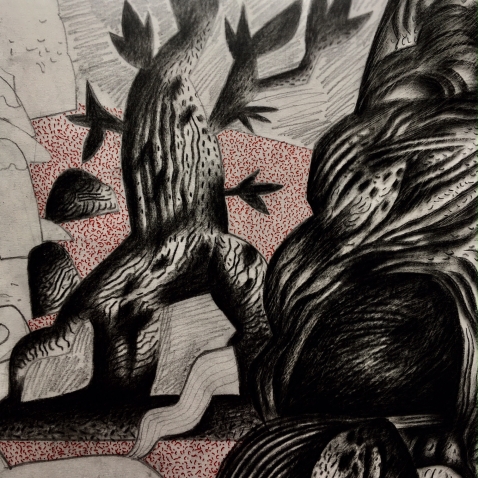 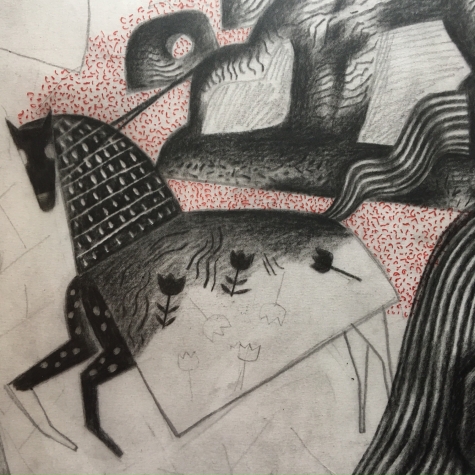 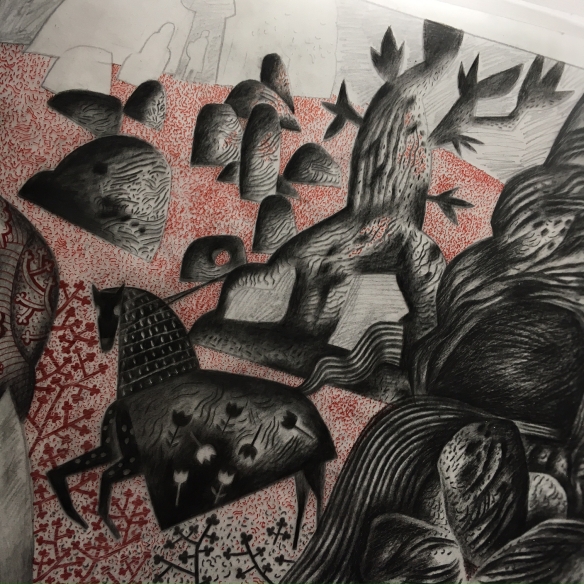 In the image below the sketches in the margin were made as I worked out the composition. 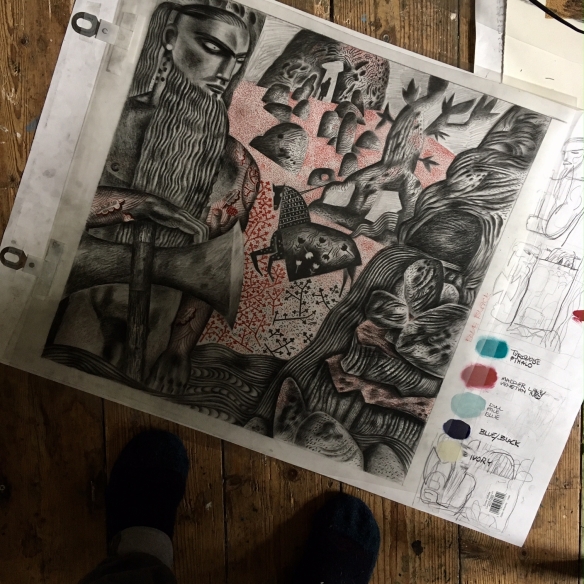 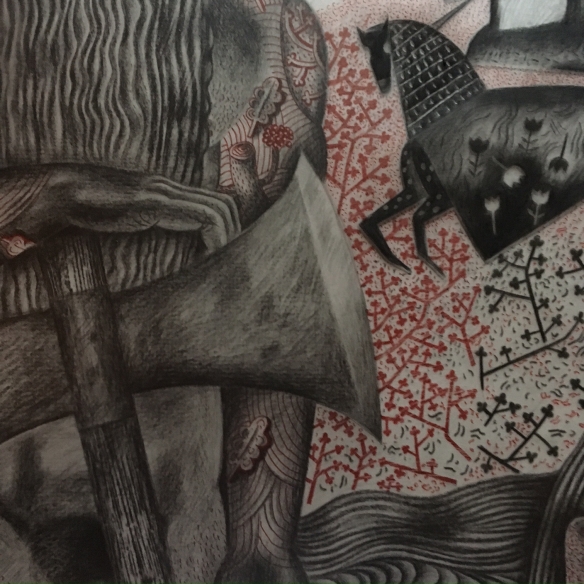 In the image below, the scratches catching the light on the surface of the plastic stencil, in the print will create an area of softer tone

Below, tonal stencils will underlie the stencils on which the details of the image are rendered. 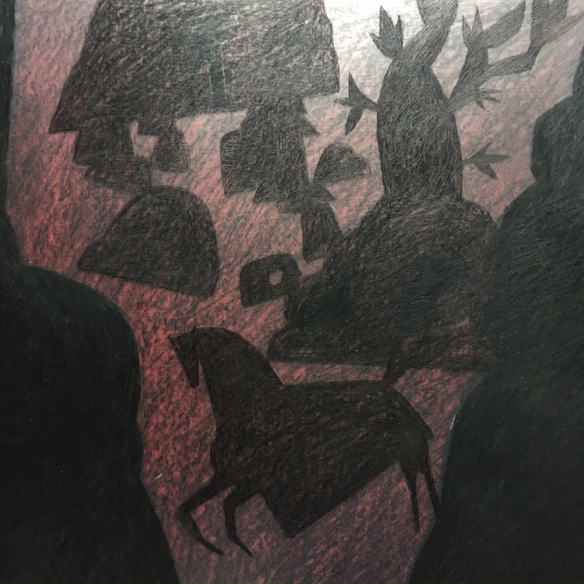 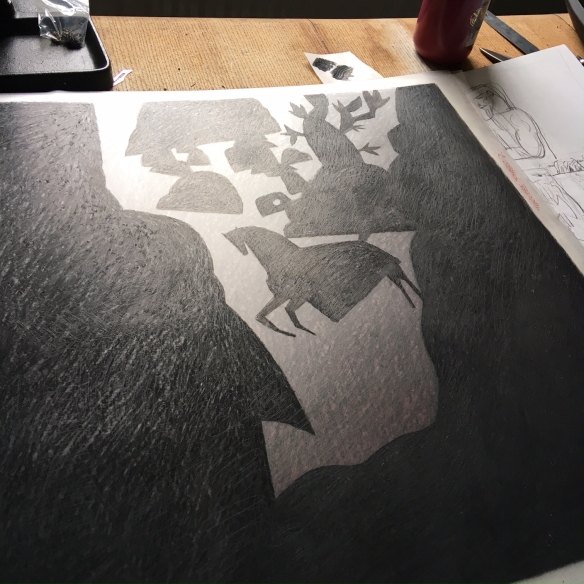 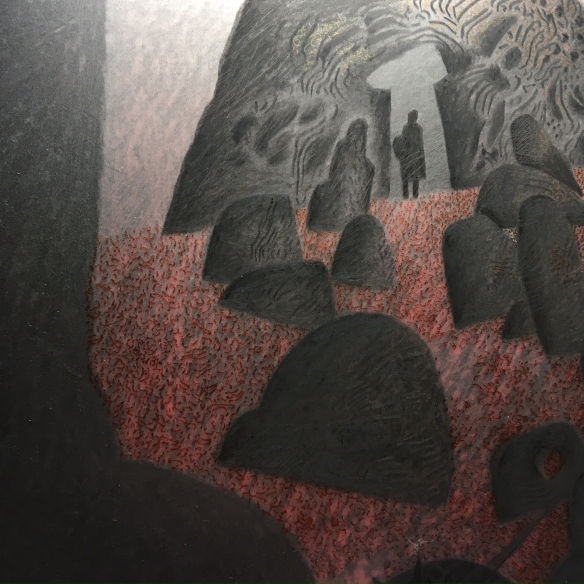 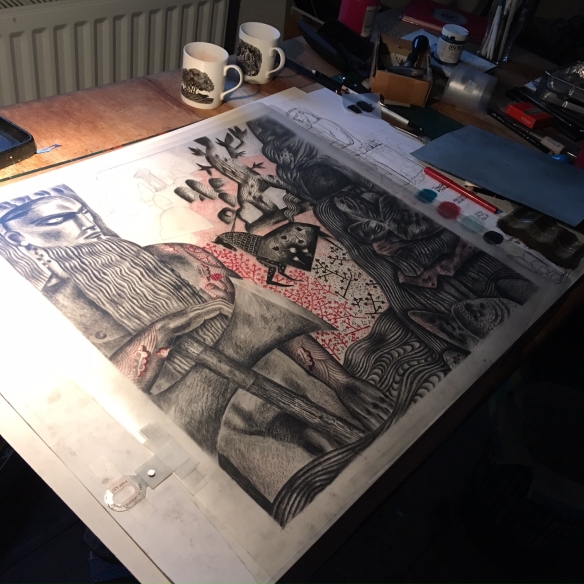 12 thoughts on “Development of the Stencils for ‘The Green Chapel’”